It’s time that Wyoming County again has an active and visible District Attorney. I will make it a priority to be out and about throughout all corners of the county, working in schools and with our community and non-profit organizations.

I am a conservative Republican and am pro-life. I strongly support the 2nd Amendment and have been rated ‘A’ previously by the NRA.

Joe Peters rose from street cop to serving Presidents Clinton and Bush 43 in the White House Drug Czar’s office‎ as a leader in the efforts to combat drug trafficking and battle international terrorism. Joe oversaw the country’s 26 High Intensity Drug Trafficking Area (HIDTA) programs and their budget of $250 million, and he represented the White House with police, prosecutors, governors, mayors and non-governmental organizations.

As a Federal Prosecutor, Joe’s accomplishments include the convictions of Philadelphia Mob Boss “Little Nicky” Scarfo, his underboss, and 16 mob soldiers. This trial, conducted by Joe and four other Federal Prosecutors, resulted in one of the most significant Mafia family convictions in U.S. history. As a result, he received the U.S. Department of Justice’s John Marshall Award. The Associated Press called Joe and his fellow prosecutors the “Modern Day Untouchables.” 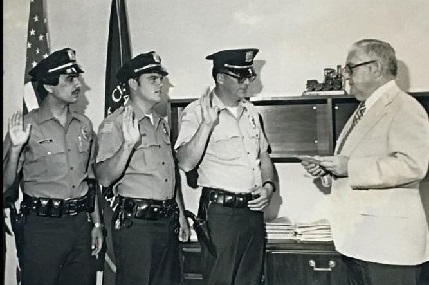 Joe began his career in law enforcement right here in Pennsylvania.  He served as a beat cop and in undercover roles in the Scranton Police Department. 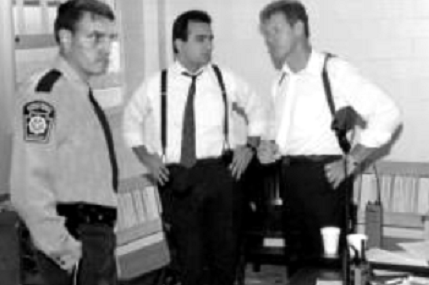 As a federal prosecutor Joe helped to convict Philadelphia Mob boss Little Nicky Scarfo and his crew in one of the most celebrated organized crime prosecutions in the history of the United States. For this accomplishment Joe and his fellow prosecutors were presented with the John Marshall Award, the DOJ’s highest honor. 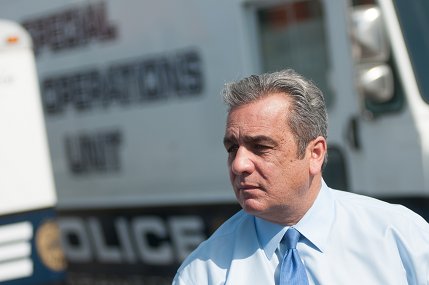 Joe rose to be the state’s top drug prosecutor, as the first Executive Deputy Attorney General in charge of the Office’s Drug and Organized Crime Division. Joe has spent a life steeped in local, state, national and international experience‎ in the very areas that haunt us today: drugs and terrorism. 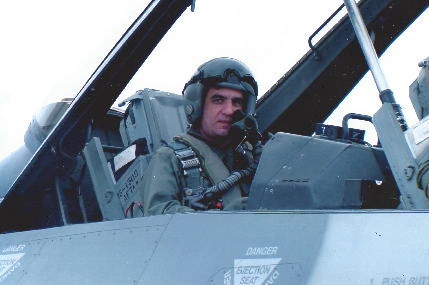 Joe served two presidents as a top official in the White House Drug Czar’s office. There he managed the $250 million High Intensity Drug Trafficking Area (HIDTA) program in 26 cities across the country. (Joe in the back seat of an F-16 during a flight to evaluate the fighter jet’s capabilities in military counter-drug missions over Colombia and South America.)

PHILADELPHIA (AP) – Prosecutors are proud to be compared to crime-busting Elliot Ness and his team of “Untouchables” following a courtroom triumph that has gutted the leadership of organized crime in Pennsylvania and southern New Jersey.

They don’t run around with machine guns and axes like Ness and his men while fighting Chicago gangsters such as Al Capone and busting up moonshine stills a  half-century ago.

And, says Joel Friedman, chief of the federal Organized Crime Strike Force here: “Elliot Ness was more a Lone Ranger against the world, and that’s not exactly what we are.”

But they got a lot of satisfaction from the Nov. 19 jury convictions of mob boss Nicodemo “Little Nicky” Scarfo and 16 La Costa Nostra associates on all charges in a racketeering conspiracy that included nine murders, four attempted murders, drug dealing, loan-sharking and illegal gambling.

No sentencing date has been set, but Scarfo and his codefendants all could be sentenced to 40-55 years in prison. Scarfo is already serving a 14-year sentence for a 1987 extortion and conspiracy conviction.

Lead prosecutor Louis Pichini, 43 a grandson of Italian immigrants, and his colleagues enjoy it when someone wants to link them to Ness.

“It is a dream come true, especially for an Italian-American working in organized crime. Everybody has a dream to run for a touchdown, or score the winning run, and this is what I’ve wanted most in 15 years as a career prosecutor,” he said.

“This is the pinnacle.” Pichini said. “I don’t think we are ever going to get any better than this.”

“We told the public, just like Ness, that the Mafia, and the mystique of the Mafia, is penetrable and we also sent a signal loud and clear to La Costa Nostra, and any other organized criminal group, that they can and will be prosecuted,” said Joseph Peters, chief deputy Pennsylvania attorney general assigned to the federal unit.

“We have to see where the mob is going to go before we know where we will go,” said Pichini. “There is a vacuum, a substantial hole in the mob left by this conviction, but sooner or later the void is going to be filled. Then we’ll go after them again.”